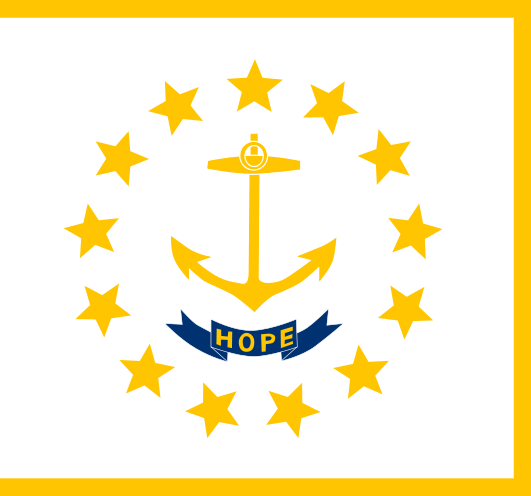 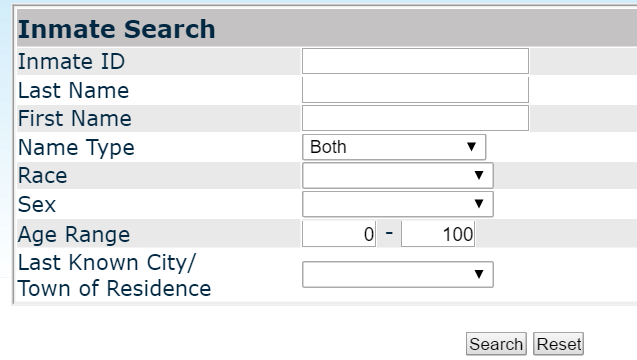 Step 2: If known, enter the Rhode Island Inmate ID number to be taken directly to a specific inmate’s search results.  Otherwise, enter as much other information you know for the inmate name, age range, prior city/town of residence, etc. to narrow your results. At a minimum, you will need to enter a last name.  Once the inmate information is entered, click ‘Search’. 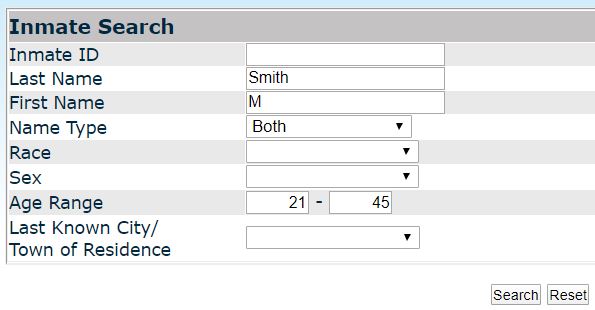 Step 3: On the next page, you will see list of all the Rhode Island inmates matching the search information you entered.  You will see the inmate name, sex, type of facility (i.e. minimum or maximum security prison) and inmate ID number, for future reference.  Clicking on the ‘Security’ level link takes you to a list of Rhode Island facilities of this type.

Step 4: Clicking on the ‘Inmate Details’ link takes you to a detailed list of both historical and current charges and sentences related to the offender including possible release dates. Case numbers are included for further research with the Rhode Island Judiciary, if desired. 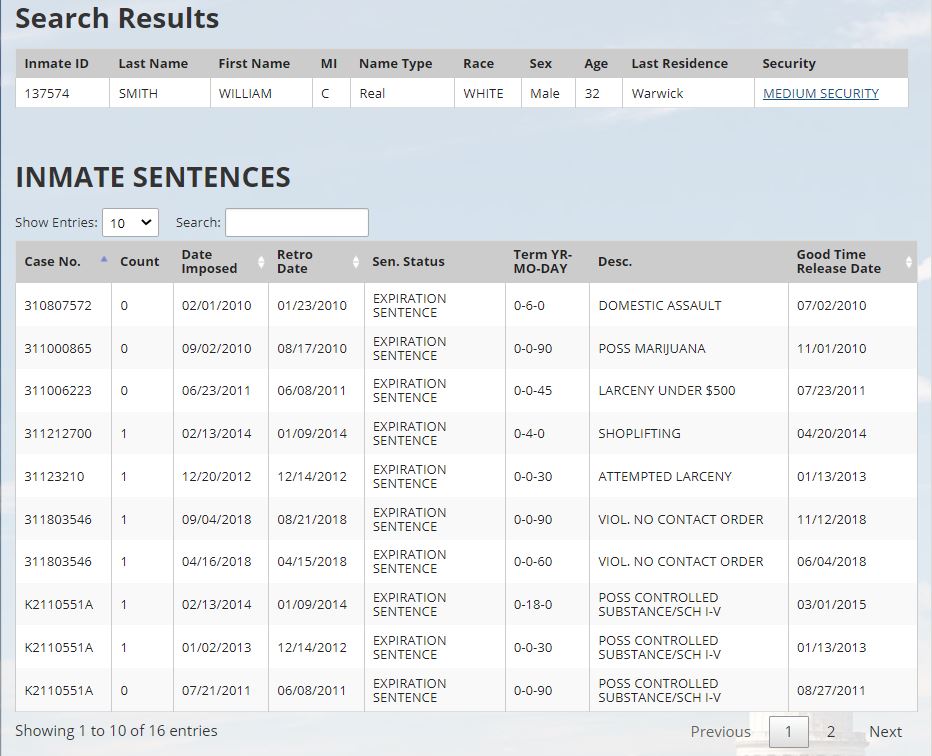 The Rhode Island Sex Offender Community Notification Unit maintains a sex offender list for the State of Rhode Island.  By accepting the terms of use, you will be above to view a list of all sex offenders (sorted by level)  or by a general geographic area.

Choosing a search provides you with a list of the matching Rhode Island sex offenders. 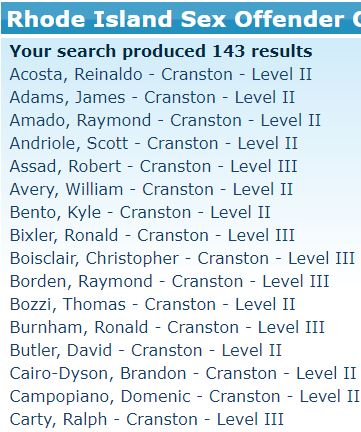 Clicking on a name takes you to a profile page with a photo, physical description, and details on the qualifying offenses.

The Rhode Island State Police maintains a list of wanted Rhode Island criminals, which is may be sorted by crime, but not by name (as the suspect names are not known unless otherwise indicated). 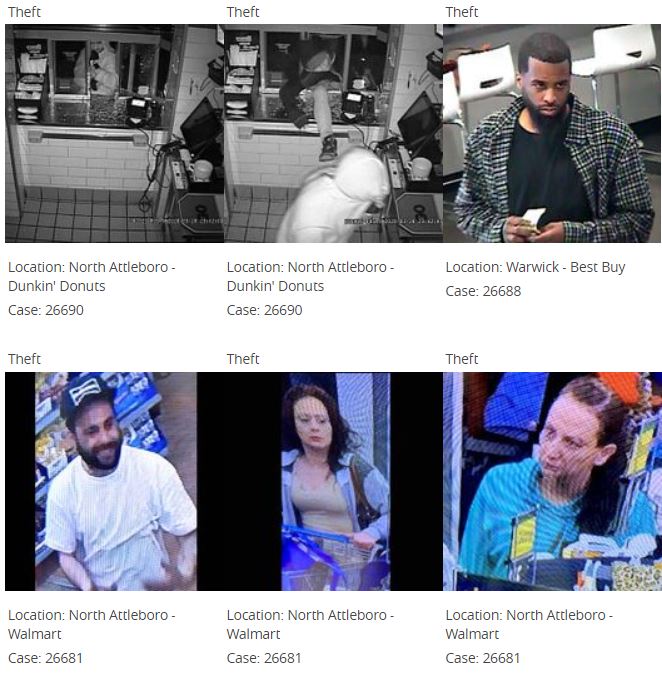 Clicking on an image will take you to a larger image, basic physical description, information about other suspects involved, and details on the crime committed. 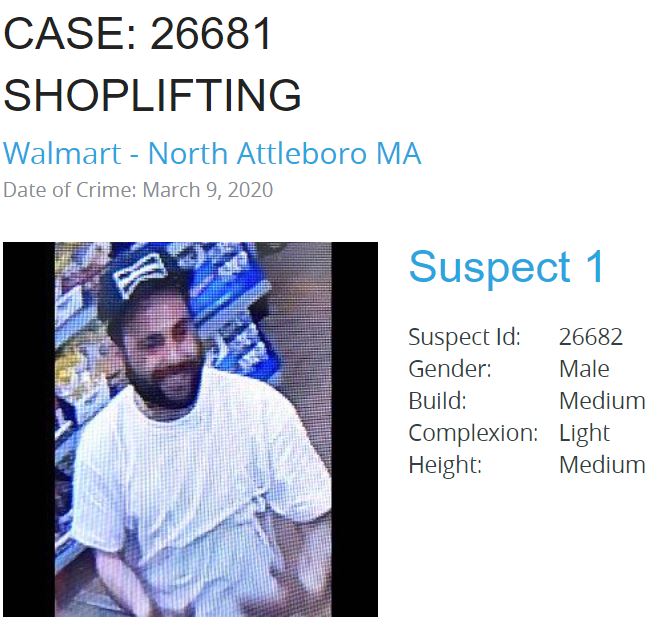 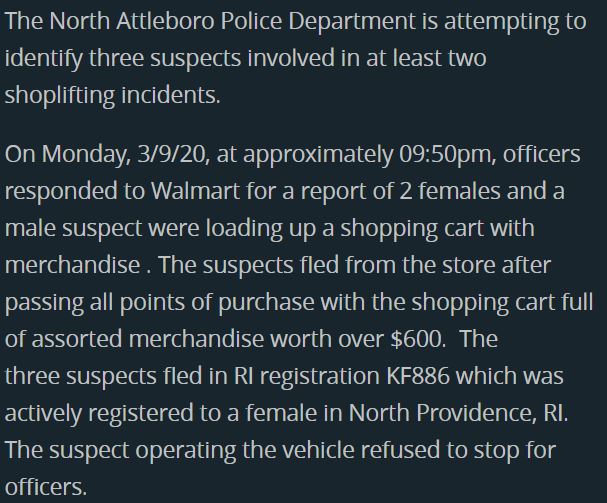 Search Inmates in Other States

As of 2017, the InmateSearchInfo Scholarship is no longer available.

InmateSearchInfo was started with the goal of helping families and friends connect with their loved ones serving time in Jail or Prison. Carrying forward the legacy, InmateSearchInfo.com has been pleased to offer an annual scholarship to new college students.

The scholarship was last awarded in 2016 and has now been discontinued.